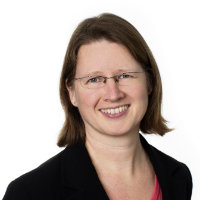 Bente Fjeldberg is an Oslo, Norway native, but has lived, studied and worked in Austria and the United States. She has a Bachelor's degree in sociology and international studies, as well as an Executive Master's degree in Management.

Bente works as a Training and Development Manager at the Norwegian Industrial Property Office. A PWN Norway member since 2010, she joined the board as PR & Marketing coordinator in 2011, served as vice-Chair since March 2012, and as President from 2014 to 2016.